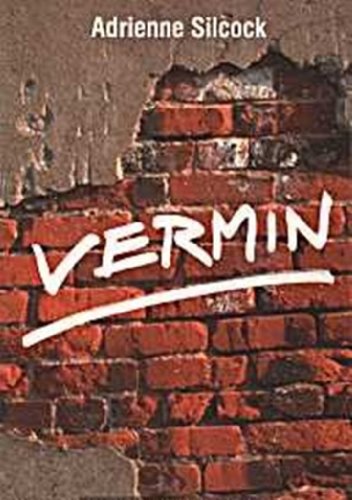 Gloria Eden, known as ‘Glory’, is a semi-literate, middle-aged woman living on the edge – a bag-lady. Her world is that of urban dereliction and social vermin – drop-outs, misfits, the homeless. Her redeeming feature is the abundant energy with which she confronts a seemingly hopeless situation, often turning what might appear to be suffering and misery into comedy. Then, unexpectedly, she comes to the rescue of a young boy, Darren, who has run away from home. Soon they are both on the run from the powers-that-be. In her debut novel, Adrienne Silcock enters the mind of this enterprising anarchic survivor and gives her a voice forged from vernacular speech at its most vigorous. Although written in a more conventional idiom, the six short stories that complete the volume are thematically related to Vermin and continue Adrienne Silcock’s exploration of loners and social outsiders.