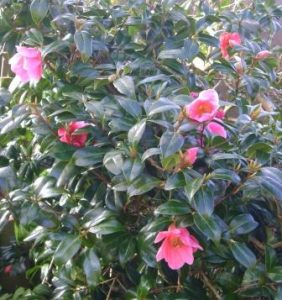 Yippee! I have just reached the ripe old age of sixty, which, I’m told and am readily happy to believe, is the new forty, with a possibility of twenty or thirty years ahead of me (much to the chagrin of the pensions department in general and George Osborne in particular, who is busy trying not to pay me the money that was promised to me when I was  a young and then a middle-aged professional… for those of you who don’t know what I’m talking about, just google WASPI). So, plenty of time to look forward to all the mischief and havoc I can wreak upon my unsuspecting readership.

So it’s something of a strange irony that soon after my birthday I receive through the post my introduction to the nation’s bowel cancer screening programme, which is designed so that I can keep claiming my pension for as long as possible. This is the big taboo that nobody tells you about and nobody wants to talk about, so if you’re squeamish, please look away now, though, you will have noticed I have given you some pretty pictures of the camellia in my garden to compensate for the somewhat malodorous subject matter.

On the front of the NHS information leaflet is a picture of a pretty cheerful looking guy with envelope in hand, and the postman just exiting the garden gate. “Oh joy,” the message the cartoon character portrays, “I’ve just received some sticks with which to poke my poo.”

Don’t get me wrong, I’m all for preventative medicine and happily endorse screening programmes as an effective and financially efficient (go it, George!) method of managing public health, although I would say that the greatest approach to preventative medicine might be not to live at all, which rather defeats the object, wouldn’t you say? But seriously, speaking as someone whose Dad suffered from some kind of intestinal cancer, I think for the nation as a whole, catching symptoms early may well save a heck of a lot of pain. It’s just that a little part of me still says, he was in his eighties for God’s sake, and haven’t you got to die from something? We have to accept that us mortals are, well, mortal. We can’t prevent everything, and I don’t know about you, but death is certainly hereditary in my family.

So, when I obediently read the leaflet and the instructions about this stick and that tab and the smearing thing, I can’t help but imagine several thousand people fidgeting about on the loo, trying and not succeeding in having a perfectly normal start to their day. There will certainly be a lot of grimacing, with one’s mind being thrown back thirty or forty years to  children’s nappies, giving a whole fresh significance to playing “Pooh-sticks” (do forgive me!). As someone who has quite a lot of experience of black humour amongst health professionals (starting with the medics and dental students I knew back at university and working my way forward amongst psychiatrists, psychologists and social workers, not to mention GP’s), black humour being an almost essential antidote to some unbearably sad stuff, I can’t help thinking this must be someone’s idea of a practical joke.

And yet, at bottom (sorry!), I know this screening programme is sensible, so like all the others, I shall be opening the bathroom window, then going off to post my mysterious little envelope back to the lab and looking forward to the results, hoping there’s still going to be a year or two left in which to wreak a little bit more mischief… 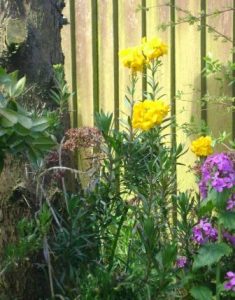 For more info on the screening programme, please click this NHS link